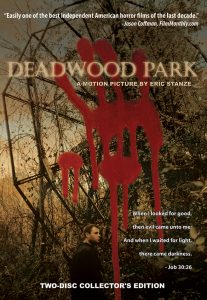 When I looked for good, then evil came unto me; And when I waited for light, there came darkness. - Job 30:26

The small community of Eidolon Crossing once boasted a flourishing economy and great prosperity, fueled by an amusement park at the edge of town. Then the child murders began. One by one, murdered children were unearthed on the amusement park property. Finally, the macabre publicity shut the park down entirely and it was abandoned. Jake Richardson is drawn back to Eidolon Crossing, the town where his brother was taken from him 25 years ago. The spirits of the many murdered children begin to contact Jake. He is led back to the abandoned amusement park. Here, in this decaying park, Jake will unlock the horrible secrets of this sinister, blood-soaked town. 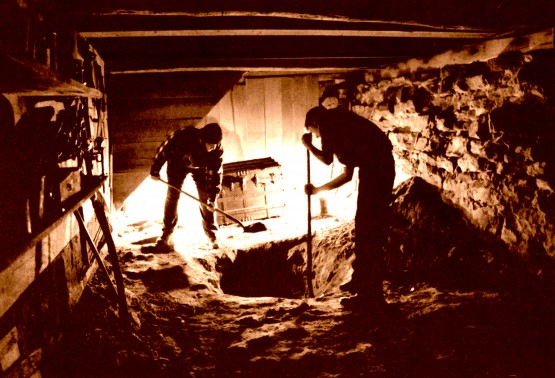 "Independent film of the year, by far."

"Easily one of the best independent American horror films of the last decade."

"DEADWOOD PARK is remarkable... A visually stunning and emotionally powerful piece of cinema."

"A monumental achievement in the world of indie horror films. Highly recommended."

“Haunted intensity... straight out of a Stephen King novel. A sight to behold, to say the least.”

“A horror movie that will throw you for a loop. Horrific, disturbing, weird, and cool.”

Andre Manseau, Arrow In The Head

"Beautifully written and directed. The cinematography is quite stunning. It's without a doubt one of the very best looking independent films that I've ever seen... A finely paced film with real substance."