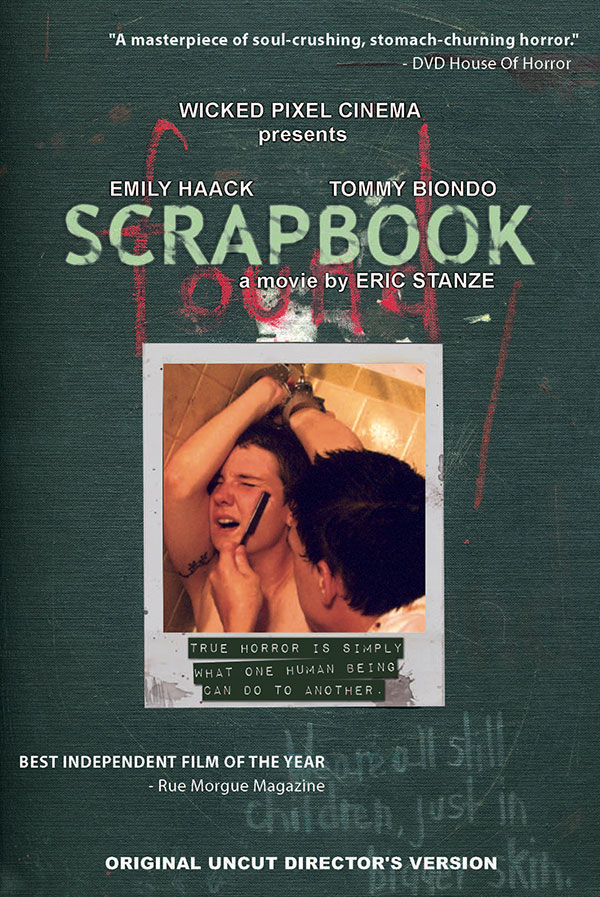 True horror is simply what one human being can do to another.

“The fact that I find such an excruciatingly ugly and unpleasant film so exhilarating is testimony to the incredible skill with which it was made. I’m almost too tongue-tied to adequately describe how good it is.”
– Rue Morgue Magazine

“One of the finest examples of a true horror film ever made.”
– KillingBoxx.com

“A masterpiece of soul-crushing, stomach-churning horror.”
– DVD House Of Horror

“The first horror film that I have seen in my adult life that scared me.  Essential viewing for any horror fan.”
– HorrorSociety.com

“…like a 44-slug straight through the brain. …a spitfire, hellhole of a movie that will haunt you for weeks afterward. Highly recommended.”
– Neon Madness Magazine

“…as brilliant as it is brutal.”
– Flipside Movie Emporium

“Challenging and harrowing filmmaking… A minor masterpiece of depravity.”
– DVDManiacs.net

“Highly recommended. Stanze breaks the ground that most filmmakers are generally afraid to step on. You’ll hear some people say ‘horror is dead’, but those are people that aren’t aware of movies like this.”
– Severed-Cinema.com

“A horror film like nothing you’ve seen before.  Haack and Biondo are electrifying.”
– Horrorview.com

Synopsis:
A young woman named Clara is captured by a serial killer named Leonard who records his “life story” by keeping a scrapbook of his many victims. In addition to adhering Polaroids, scraps of clothing, and other small trophies to the pages, Leonard has forced his victims to personally write in the scrapbook about their individual ordeals. Clara is beaten, raped, starved, and locked up like an animal, filthy and naked. She is forced to write in the scrapbook, adding her agony to the pages. She soon realizes that her only hope for survival is to manipulate Leonard through her writings in his cherished scrapbook.