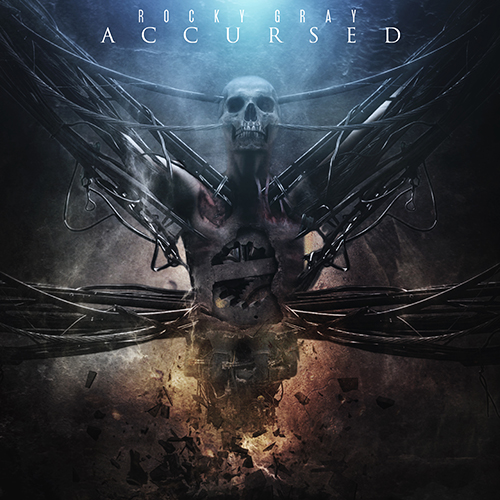 Rocky Gray is the guitarist of Living Sacrifice and Even Devils Die, the drummer of We Are The Fallen, and he is the former drummer of Grammy Award winning, multi-platinum goth rockers Evanescence.  Gray is also conjuring music score for Eric Stanze’s IN MEMORY OF.

“Accursed” is a horror-film-and-Halloween-inspired slate of creepy tracks, with aggressive, guitar-driven rock woven through the spookiness .  It’s pulse-poundingly perfect to have playing in the background as neighborhood kids come trick ‘r treating on All Hallows’ Eve!

A ravenous horror movie fan, Rocky Gray has successfully meshed inspirations ranging from John Carpenter to 70s zombie flicks with his own devious gothic rock desires to unleash “Accursed”.  The record will be available everywhere digitally through iTunes, Amazon, Spotify, and others.  Physical copies will also be available through select retailers.

Details, images, and videos are at the Rocky Gray Official Website.

And be sure to experience even more chilling instrumental work from Rocky Gray in the form of his music score for the upcoming IN MEMORY OF.

Own A Piece Of Eric Stanze's SAVAGE HARVEST, DEADWOOD PARK, or RATLINE