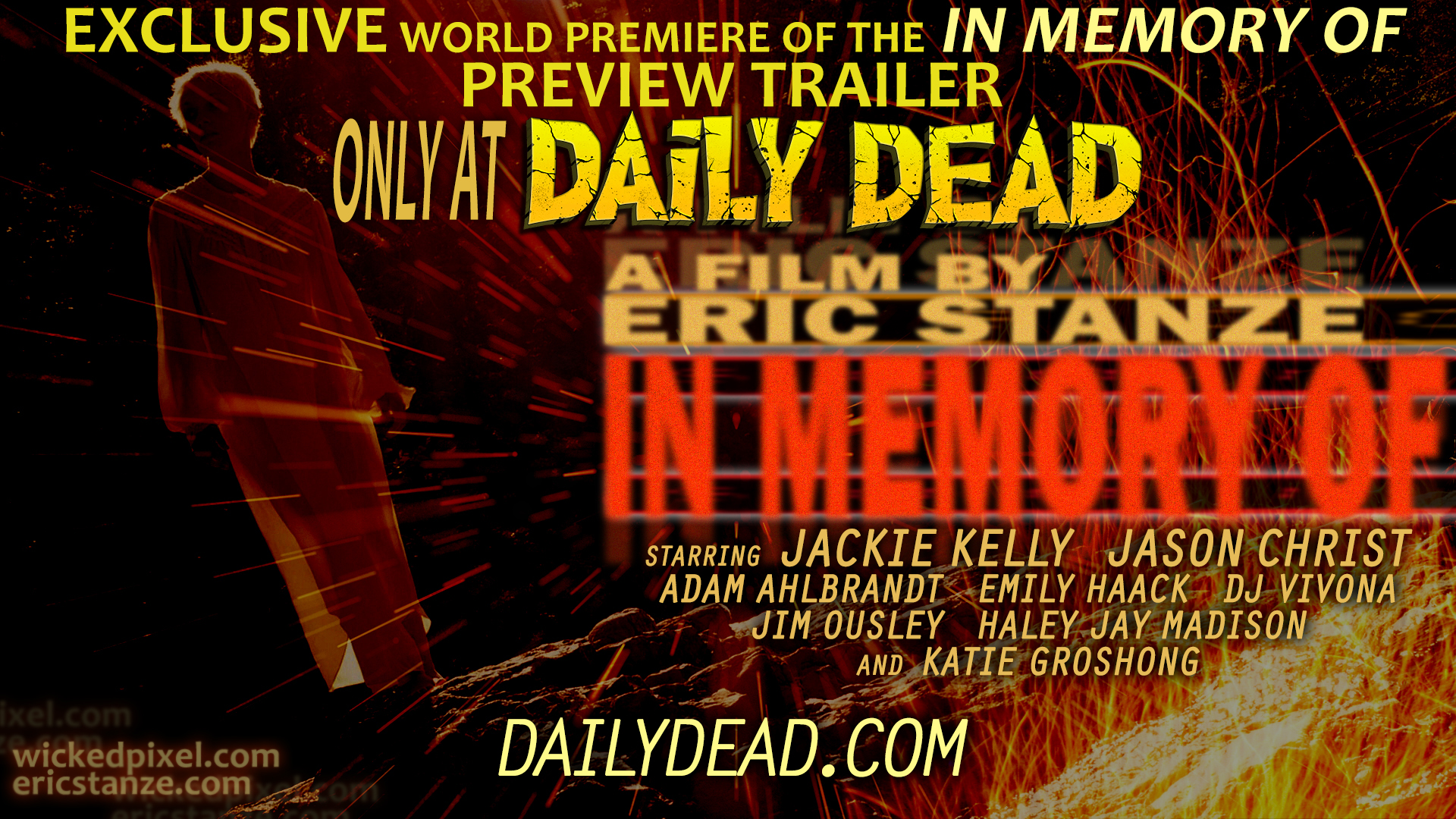 Exclusively at Daily Dead:  The world’s first look at the IN MEMORY OF preview trailer!

January 29th: DailyDead.com To Unveil First Trailer For IN MEMORY OF

IN MEMORY OF Images Unveiled By Rue Morgue