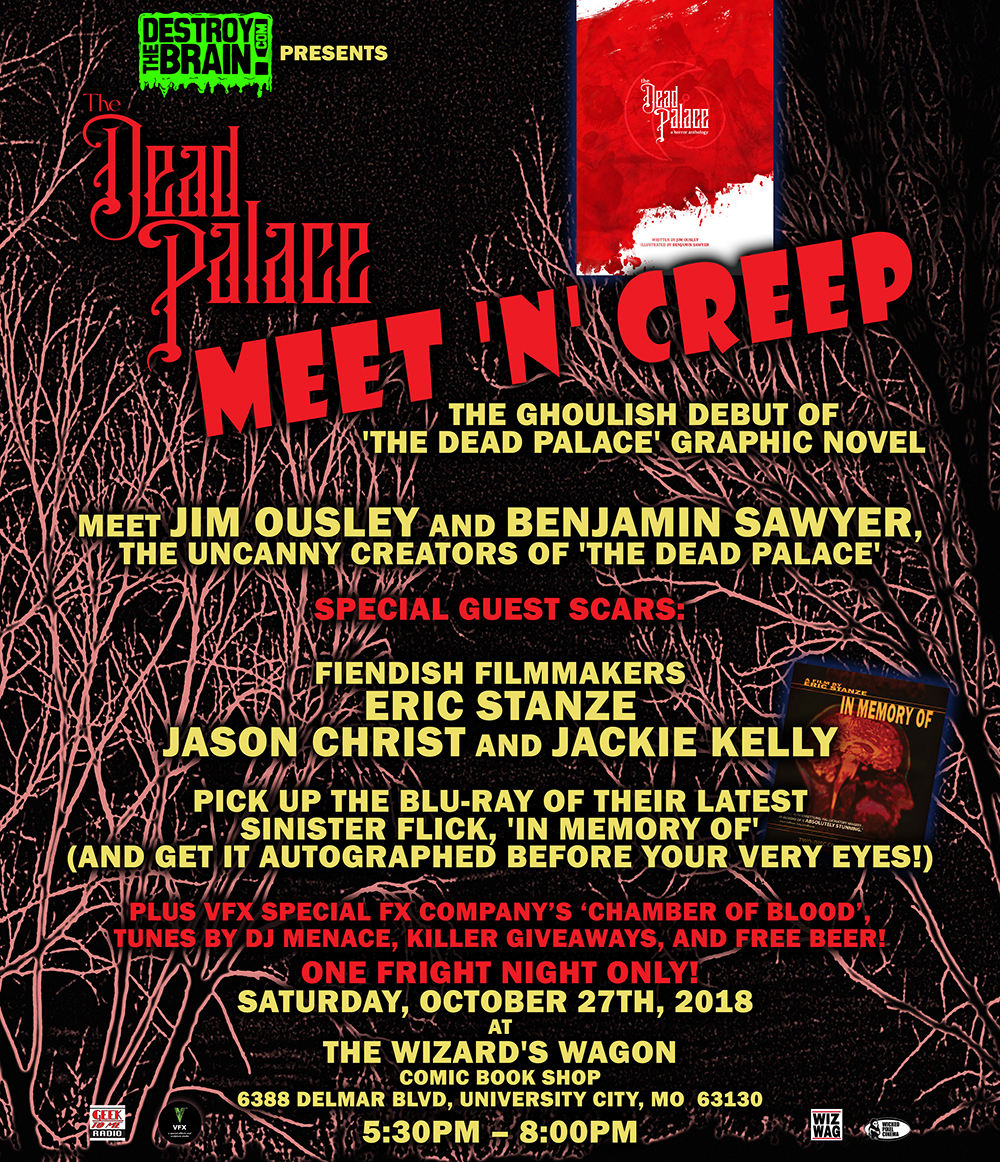 Also appearing in the flesh: filmmaker Eric Stanze and the stars of IN MEMORY OF, Jackie Kelly and Jason Christ. The Two-Disc Blu-ray release of IN MEMORY OF will be available for purchase, so you can rip that shrinkwrap right off and get that Blu signed by the film’s director and cast!

IN MEMORY OF details and preview trailer are gathered here.