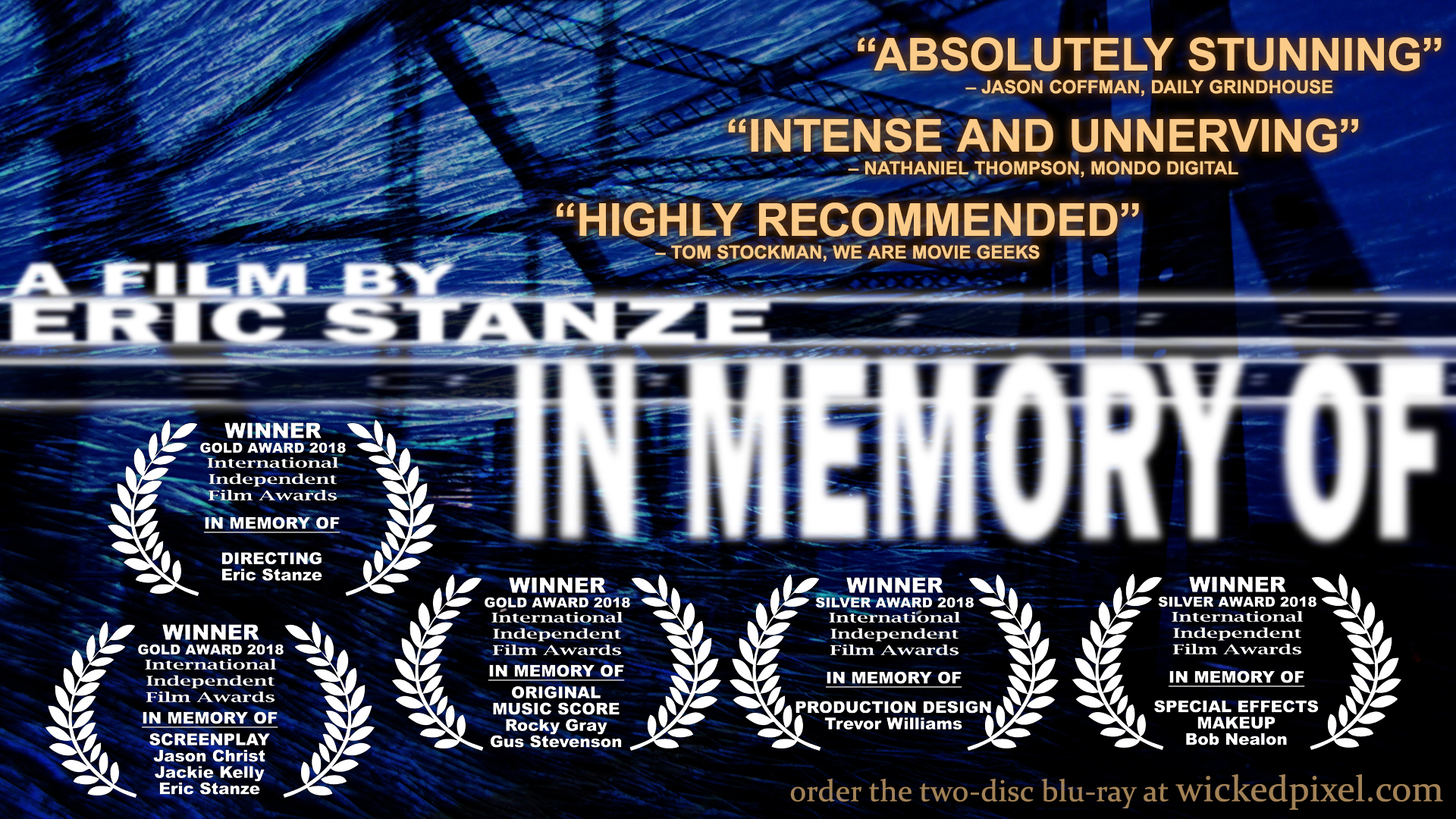 Our new film IN MEMORY OF caps off 2018 by earning five wins at the International Independent Film Awards!

The Two-Disc Blu-ray release of IN MEMORY OF is available here. This double disc set is loaded with bonus features, including two commentary tracks and a feature-length behind-the-scenes documentary!