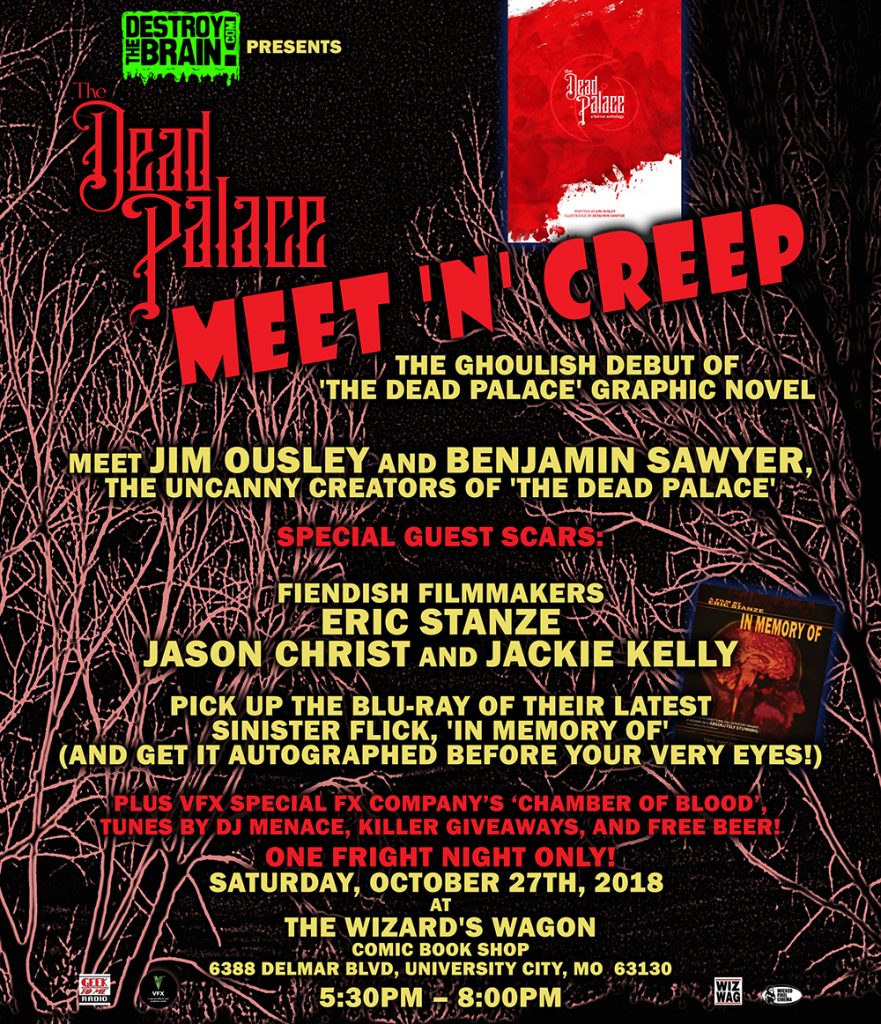 Actor, musician, and writer Jim Ousley is one of the stars of our newest film, IN MEMORY OF.  He also wrote a gruesome graphic novel that creeps forth into the world next month! Put your eyeballs on THE DEAD PALACE, if you’ve got the guts!  THE DEAD PALACE – a full-color horror anthology comic featuring gothic […]