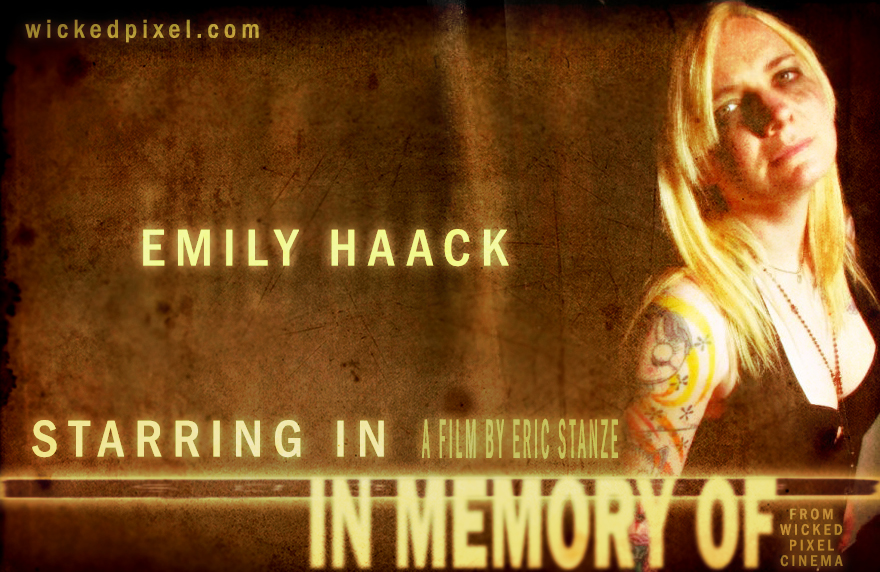 Emily Haack will play a starring role in the upcoming feature film, IN MEMORY OF, directed by Eric Stanze. After blazing full force onto the indie film scene with her critically-celebrated performance in SCRAPBOOK, Haack went on to play supporting and leading roles in numerous indie films, including CHINA WHITE SERPENTINE, THE UNDERTOW, SAVAGE HARVEST 2: OCTOBER BLOOD, DEADWOOD PARK, and the acclaimed, award-winning occult shocker RATLINE.

IN MEMORY OF is a raging tempest of demented horror, a road-trip odyssey, and a fever-dream descent into madness written by Jason Christ, Jackie Kelly, and Eric Stanze. Music score by Rocky Gray.

Be among the first to see the film! Pre-order your IN MEMORY OF Blu-ray and you’ll receive it two weeks before the release date! With each pre-order, you’ll also receive the link and password to filmmaker Eric Stanze’s private online IN MEMORY OF production journal.